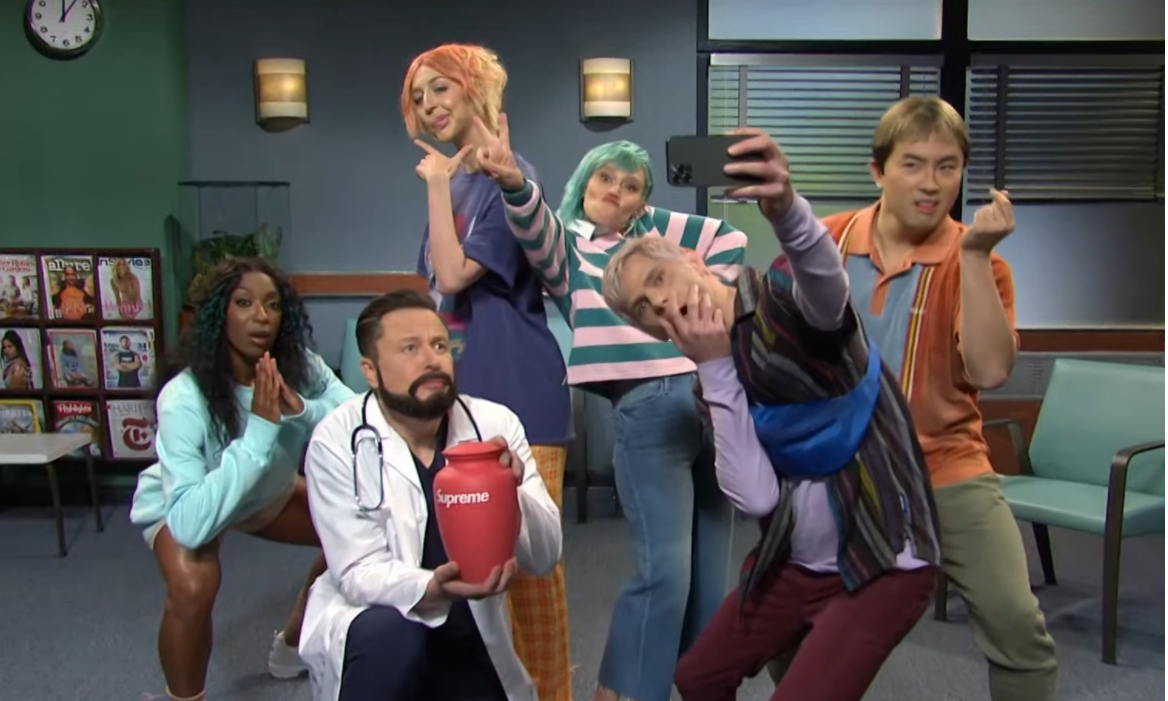 The sketch comedy show Saturday Night Live is under fire with accusations of racism and cultural appropriation after a skit aired over the weekend mocking slang and speech patterns used by today’s teenagers.

Activists on Twitter allege the skit, called “Gen Z Hospital,” appropriated, mocked, and satirized the use of African American Vernacular English, or AAVE, by calling it Gen Z speech.

Aditya Mukerjee, a New York City-based blogger, is one of many people in a tizzy on Twitter over the skit. “[T]he appropriation of AAVE by white people is gross, the mislabeling of AAVE as a ‘Gen Z phenomenon’ is also gross, but on top of that, the SNL skit reads like they just pulled a list of terms from UrbanDictionary and sprinkled them in, not caring that AAVE has a defined grammar!” he stated.

“[L]ove the relabelling of AAVE and a few assorted BLACK LGBTQ+ phrases as ‘Gen z’ speak. love to see the erasure in real time,” another user wrote.

“[I] hate how aave has been reduced to gen z / stan twitter language because those who have any knowledge about anything watch this and just feel gross about this subtle mockery of black people,” another user griped.

But the accusations of racism and cultural appropriate appear to be unfounded in linguist science. Since the 1980s many linguists have studied African American Vernacular English using real-life speech, interviews, and film. One linguist, who spoke to Outspoken and requested anonymity, said the skit doesn’t appear to conform to the well-defined grammatical and phonological structure of AAVE.

“AAVE is a well-studied dialect with established patterns of pronunciation and grammatical structure. That skit does not exhibit any of the very common features found in most styles of AAVE.”

Another linguist, Jack Sidnell, a professor of linguistic anthropology at the University of Toronto, compiled basic information and features of AAVE. None of those appear to be part of the skit which instead deploys popular jargon used by teenagers of all races.

The skit, which stars guest host Elon Musk as a doctor, uses terms like “bestie,” “dead ass,” “cringe,” “yo,” “bro,” “pressed,” and phrases like “leave me on read” and “give us the T.” It features six other SNL cast members of multiple races, and openly gay Kate McKinnon, portraying teenagers today.

“Generation Z” is the commonly used term to refer to this age group. Pew Research Center reports, “anyone born between 1981 and 1996 (ages 23 to 38 in 2019) is considered a Millennial, and anyone born from 1997 onward is part of a new generation.”

Babbel Magazine, from the creators of the language-learning software, and the website Parent24 both created lists of Generation Z slang. Almost all of the words and phrases used in the skit are represented in these lists. While sources insinuate that the current “linguistic innovation” is influenced by “POC and queer youth,” much of the new jargon is born out of technological influence.

“One of the key traits that distinguishes Gen Z is that they are the first generation of total digital natives, having been born at a time when most households around the U.S. were already connected to the internet,” according to Babbel Magazine.

This is not the first time this year SNL has received push back from activists with cries of racism. Fox News reports that last month the show was criticized for a skit depicting a black doctor as a game-show host pleading with his skeptical family to take the Covid-19 vaccination. Many claimed it was racist and irresponsible to equate black people with vaccine hesitancy.

One Twitter user even suggested that by using non-black characters, the skit somehow would have been acceptable. “There are A LOT of people, not JUST black people, who are skeptical of the vaccine, why was there a need to center only Black people? This could have easily included many other members of the SNL cast too, by doing that the writing, the vibes, everything about it, was racist,” she wrote.

As of Monday, SNL has not responded to criticisms of either skit.