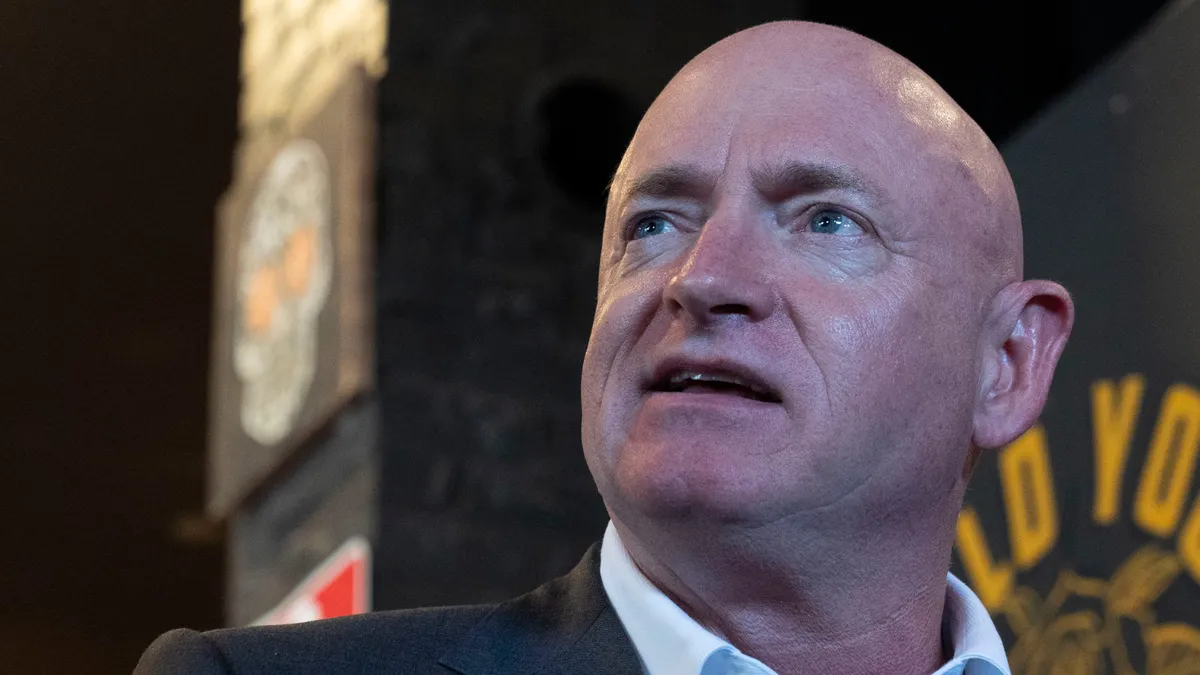 This week, it was revealed that Senator Mark Kelly (D-AZ)  hosted a Zoom presentation for a local organization that advocates for hormone therapies and genital mutilations for minors. In June 2020, at the height of the pandemic when children’s mental health was at its most vulnerable, Kelly became a champion for the abusive and radical organization.

Arizona Trans Youth & Parent Organization is a non-profit established in 2016 that pushes radical gender ideology under the guise of “gender affirming care”. The organization’s official website seems to have imploded, and it is unclear if that happened before or after the national news about the group broke. However, Breitbart was able to report on some of the organization’s stances.

AZTYPO holds that “people can realize that they’re transgender at any age,” obviously including minors. The group further advocates for transitioning using even extraordinary and still-experimental surgical methods. “Transitioning is the process some transgender people go through to begin living as the gender with which they identify, rather than the sex assigned to them at birth. This may or may not include hormone therapy, sex reassignment surgery or other medical procedures,” they write.

One can extrapolate that if this organization believes that children can be transgender and that those who are transgender should go to extreme measures to transition, then they should also be in favor of genital mutilation and permanent life-altering medical procedures for children who believe they are transgender. Luckily, the organization does not leave that mental heavy-lifting to us. They say it outright. The group asserts, “Sex reassignment surgery coverage for transgender children is appropriate.”

The organization also actively aids in custody battles fighting against “unsupportive” parents, the disingenuous name they give to parents fighting against the grooming and indoctrination of their own flesh and blood.

The 2020 forum hosted by Senator Kelly included ten activists who were members or supporters of the organization. The head of the group, Tami Staas, helped to lead the Zoom discussion. Staas earns a living indoctrinating the youth of Mesa Public Schools as a third grade teacher. In an unsurprising and clear case of Stockholm Syndrome, both of Staas’s own children do not identify with their sex: one is a trans man and the other is non-binary. Considering less than 1% of the United States population identifies as transgender, it is highly unlikely that two members of the same household would fall in such a small group.

Kelly is up for re-election during the midterms next week, and in the now purple state of Arizona, he has tried to align himself as a moderate Democrat. On his campaign website, Kelly lists all of his stances on the issues. At the very top he hits the topics of the economy and inflation. He even goes against his party’s stance on an open border with Mexico stating that he works to “strengthen Arizona border security”. One has to scroll far down the page and laundry list of items to get to the more cultural items. LGBT issues are nowhere to be found, much less the issue of “gender affirming care” for supposed trans minors.

Why hide his true feelings on the issue? Why not mention his clear support and partnership with Arizona Trans Youth & Parent Organization? Perhaps Kelly knows their ultra radical agenda and support for permanent medical procedures on naive and innocent children would lose him votes. Polls show a very close race between Kelly and his Republican opponent Blake Masters, and information like this could be detrimental to Kelly’s campaign. I would hate for the people of Arizona to find out what radical stance Mark Kelly has on this radical gender ideology and its impact on children, but I would sure love to be the one to tell them.