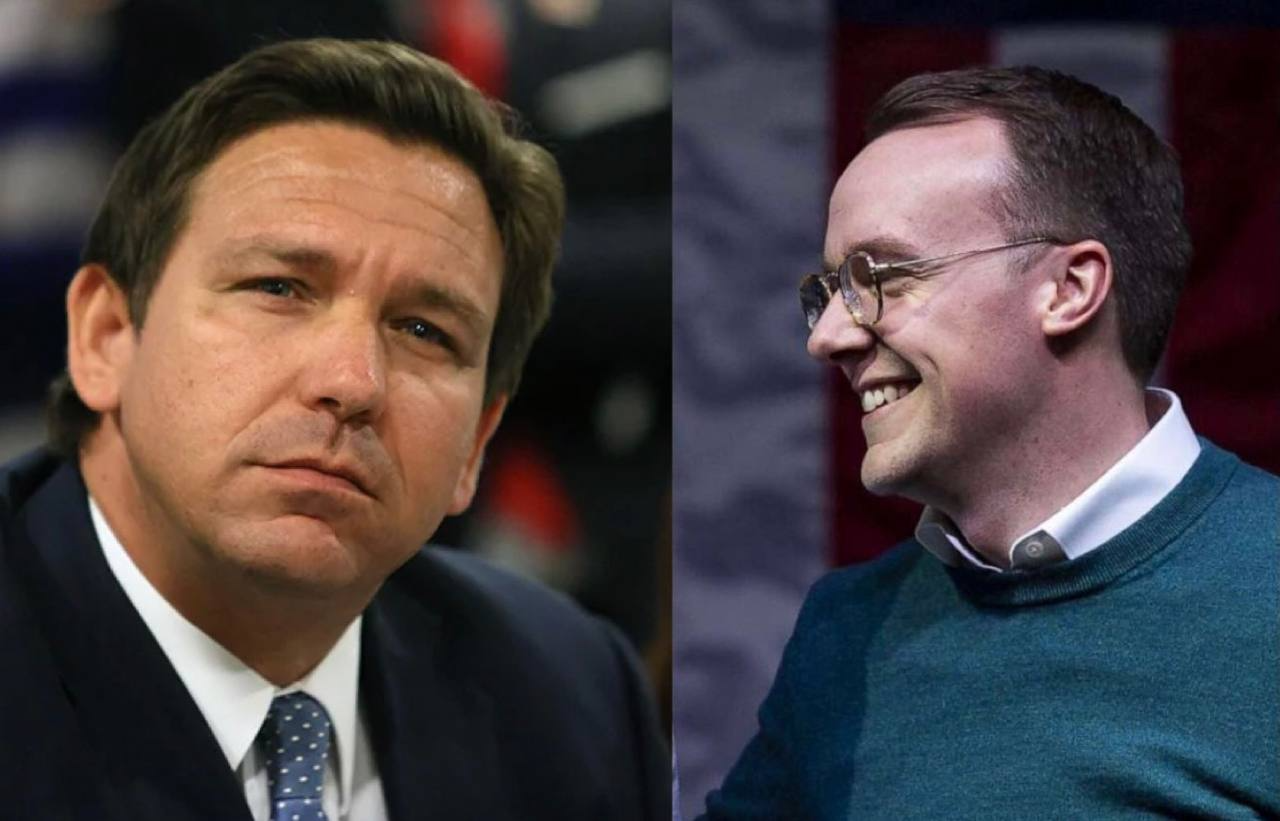 Chasten Buttigeig and rabid left wing ideologues are once again attacking Florida Gov. Ron DeSantis. They couldn’t quite sell the “DeSanits hates gay kids” narrative with their rhetoric around the so-called “Don’t Say Gay Bill,” so now they have broadened the scope to “DeSantis hates all kids.”

Earlier this week, Gov. DeSantis held a news conference at the University of South Florida to announce a $20 million grant for cybersecurity education. The grant is aimed at helping high school and middle school students who have an interest in technology gain a skill set in cybersecurity at an earlier age in hopes that it might serve them in a better and more specialized career in their future. This exciting opportunity for Florida students went unnoticed by the left who chose instead to focus on a 15 second exchange DeSantis had before the news conference began.

As DeSantis took the podium, a line of high school and college aged students stood behind him, and all of them were masked. He told them they were free to take off the masks if they felt comfortable doing so. “You do not have to wear those masks. I mean please take them off. Honestly, it’s not doing anything, and we gotta stop with this Covid theatre. So if you want to wear it, fine. But this is ridiculous,” he said as several of the students laughed in agreement and removed the face diapers.

Immediately the media lambasted DeSantis and flat out lied about the exchange. They described him as “chiding” and “scolding” the students. Chasten Buttigieg, the unemployed house husband of Transportation Secretary Pete Buttigieg, was all too quick to jump on that dogpile. He claims that DeSantis is “best known right now for bullying kids,” referring to Chasten’s own overly dramatic assertion that new Florida legislation, designed to prevent teachers from indoctrinating five-year-olds with radical gender ideology, will kill gay youth.

Considering Chasten has no residence in or connection to Florida, I am not sure where his obsession with Gov. DeSantis comes from. Using AOC’s logic, who famously said Republicans who criticize her actually want to date her, perhaps we are to extrapolate that Chasten wants to date DeSantis. Mayor Pete may want to reign in his husband who seems to be just a few tweets shy of boiling a rabbit on DeSantis’s stove. He will not be ignored, Ron!

A bizarre video of an outraged mother of one of those students standing behind DeSantis has surfaced. If someone had told me this video was a parody, I would have believed it. The mother is being interviewed by a local news channel claiming to be “very upset” that the governor was putting her family “at risk” of contracting Covid, while she herself is unmasked and not social distanced. He son, standing next to her, is masked.

Despite the governor telling the students to keep the masks on if they wanted to, she asserts that he was demanding her son disobey her order to keep his mask on. When asked by the reporter if he felt pressured by the governor to remove his mask, the young man paused for almost ten seconds while his mother gave him a look that said, “Say what I want you to say, or I’m gonna kick your ass when we get home.” The boy finally replied, “Umm. A little.”

Of course all of this moral outrage is beyond idiocy. DeSantis clearly is referring to the “Covid theatre” as ridiculous, not the students. He even told them they could keep the masks on if they wanted, which a few chose to do. To claim that he was bullying or scolding the students is dishonest. If DeSantis had not said anything and allowed them to remain standing behind him masked, the left would have called him a hypocrite.

Seeing as DeSantis has consistently spoken out against Covid mandates and the use of masks, they would have been right to do so. Instead DeSantis chose to practice what he preaches and embrace consistency, concepts that seem to be foreign to the left who instead embrace the “Rules for thee but not for me” mentality. The left has made their position very clear. They will attend the MET gala and Super Bowl breathing freely and uninhibited, but children and the working class must choke on their own carbon dioxide ad infinitum.

I am a gay employee at Walt Disney World. Disney does not speak for me.