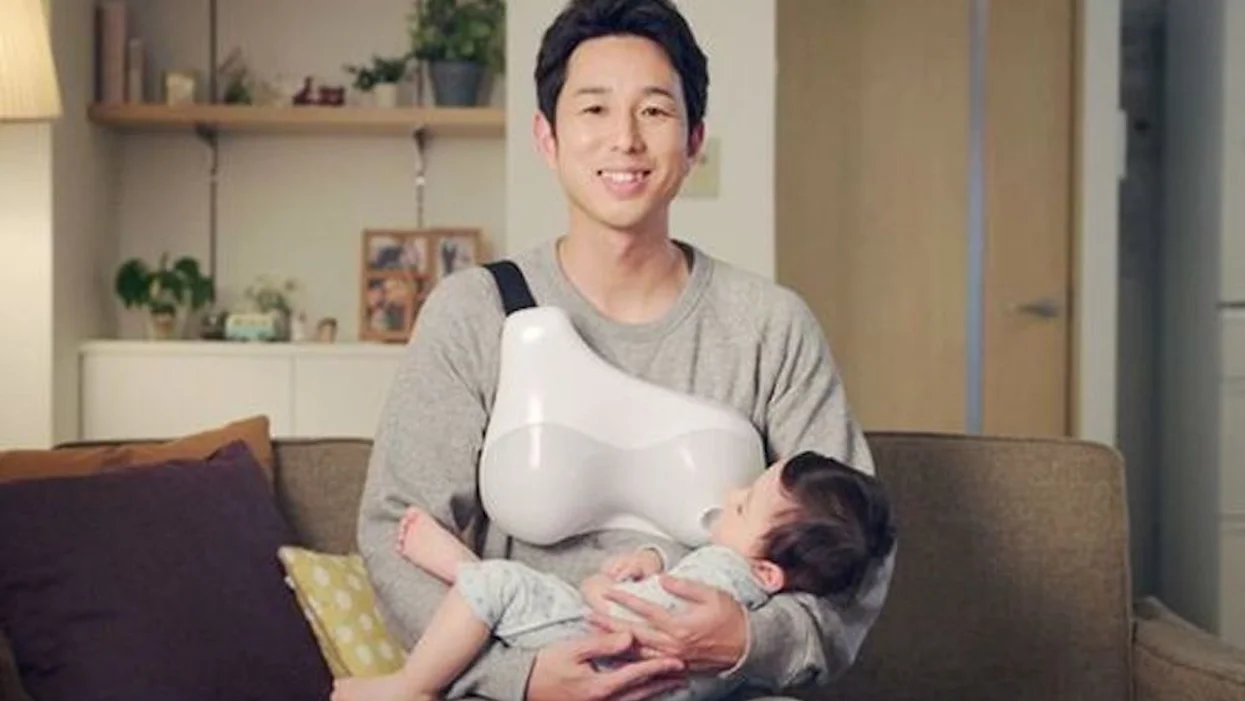 The Academy of Breastfeeding Medicine has released new guidelines suggesting the term “breastfeeding” is not indicative of “gender-inclusive language” and ought to be replaced with “chestfeeding” or “human milk feeding” instead.

The report is a detailed commentary on the use of language within the medical community. The academy begins its report with a bizarre philosophical cause-and-effect that says implicit bias leads to insensitive language use which leads to healthcare inequality and eventually death. “Implicit biases affect the language we use, and thereby contribute to gender inequality and health inequities, which contribute, in turn, to rising morbidity and mortality of vulnerable populations,” the medical group writes.

The report then claims one way to alleviate these implicit biases that may lead to death is in using gender-inclusive words when referring to breastfeeding. “The ABM recognizes that not all people who give birth and lactate identify as female, and that some of these individuals identify as neither female nor male.”

“To be inclusive of all people in our written materials, use of desexed or gender-inclusive language (e.g., using ‘lactating person’ instead of ‘mother’) is appropriate in many settings,” the report continues.

The ABM’s search for inclusion does not end there. The academy goes on to pat itself on the back bragging that while the UN chooses to use the acronym LGBTI, the ABM prefers to take the extra step to add the “Q” and the “+”. “Although the UN uses the term LGBTI, ABM prefers the more inclusive term ‘LGBTQI+,’ because it includes intersex people as well as others who identify outside of specifically labeled groups,” the group proudly claims.

The entire report, however, is also peppered with alarming medical facts about patients who undergo hormone therapies and gender transformations. Just one example tells of risks of breast cancer and cardiovascular issues for biological women who have transitioned to men but still try to breastfeed.

“For instance, compared with a cisgender non-breastfeeding mother, breast cancer risk may be increased for a birthing father who feeds his infant artificial milk (due to the residual breast tissue and the lack of desire or ability to lactate).”

The academy goes on to say, “Similarly,  because breast cancer risk is influenced by parity, the expected breast cancer risk in people assigned male at birth who take female hormones and lactate is unknown. Gender-affirming hormone therapy  complicates this further, as these hormones may contribute to health conditions, most notably an increased risk of cardiovascular disease.”

Earlier this month, the University of California at Davis Children’s Hospital tweeted out the new guidelines. “The @BFMedicine has published its latest position statement, affirming its commitment to gender equality and health equity and providing guidelines on infant feeding. @LauraKair served on the taskforce that issued statement,” the tweet read.

As more people became aware of the new guidelines, Internet users started to voice their opinions.

One Twitter account belonging to a New York Times bestselling author questioned the new guidelines as a way to alienate the majority in order to appease a minority. “Absurd. You would ignore the multitude to validate a tiny demographic? Do you also use this language throughout all your medical information? This is not inclusive, it’s non-scientific, and will be confusing and unhelpful to immigrants. This is not a public service,” she tweeted.

Another user who claimed to be a scientist and anatomy teacher was sympathetic to the desire to be gender-neutral, but claimed that the change was unwarranted because having breast tissue is not a sex-based characteristic. “I understand in medicine the need for gender inclusive language. But as a scientist and anatomist I teach my gross anatomy students that all humans have breast tissue. I don’t understand why these changes were suggested. It just further adds to gender stereotypes,” she wrote.

Why aren’t activists talking about the new, deadlier strain of HIV?