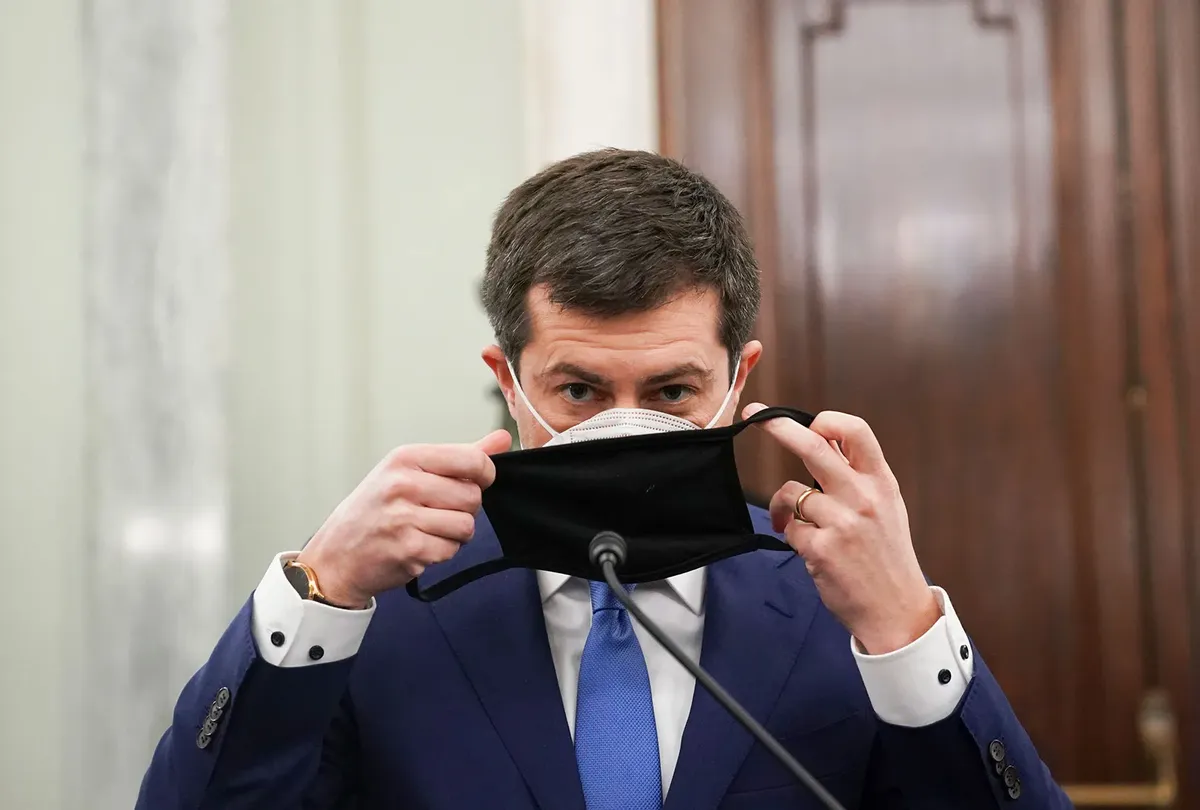 In a statement this week that rang dissonant with the Biden administration, Pete Buttigieg, the Secretary of Transportation, said the federal government should encourage private businesses to use vaccine passports.

Fox News reported that Buttigieg said to Fox 4 in Dallas, “If a company, a business wants to take steps to keep their workers and their passengers safe, I would think that, from a government perspective, we want to do everything we can to encourage that.” He then added, “And that’s certainly our view at the federal level.”

Buttigieg appears to believe he was speaking on behalf of the Biden administration; however, the White House has made it clear that they do not support government-mandated vaccine passports, according to a spokesperson from the Department of Transportation.

In fact, Axios reported at the end of last month that the Department of Homeland Security stated, “there will be no federal vaccinations database and no federal mandate requiring everyone to obtain a single vaccination credential.”

At the time, the Biden administration was entertaining the idea of vaccine passports for those who were traveling internationally, but there never seemed to be a consideration for a mandate requiring businesses to implement them.

A DHS spokesperson clarified the stance on vaccine passports stating, “We’ve always said we’re looking at how we can ensure Americans traveling abroad have a quick and easy way to enter other countries,” and that considering the European Union and other foreign countries were implementing the vaccine passports, they were trying to ensure “that all U.S. travelers will be able to easily meet any anticipated foreign country entry requirements.”

Several states have expressly forbid the use of vaccine passports. Texas governor Greg Abbot signed an executive order in April that prohibits the practice by state agencies or any organization that receives public funds. He then furthered the ban by singing a law earlier this month prohibiting the practice by private businesses. After signing the bill, he tweeted, “Texas is open 100%. Texans should have the freedom to go where they want without any limits, restrictions, or requirements. Today, I signed a law that prohibits any TX business or gov’t entity from requiring vaccine passports or any vaccine information.”

Similarly, last month Florida governor Ron DeSantis signed into law a ban on vaccine passports. He reportedly said that “your personal choice regarding vaccinations will be protected and no business or government entity will be able to deny you services based on your decision.”

Georgia, Alabama, Arizona, and Idaho have all taken steps to ban the use of vaccine passports, but nothing official has taken effect in those states yet. New York and Hawaii are the only two states so far that are actively using the passports.

New York recently launched the use of its Excelsior Pass, an online or smart phone option to prove you have been vaccinated or have recently had a negative COVID test result. The Excelsior Pass website likens the divulging of personal medical information to scanning a boarding pass on an airplane. “Think of it as a mobile airline boarding pass, but for proving you received a COVID-19 vaccination or negative test,” the website boasts.

Related Topics:Covid-19FrontFeaturedMayor Pete
Up Next