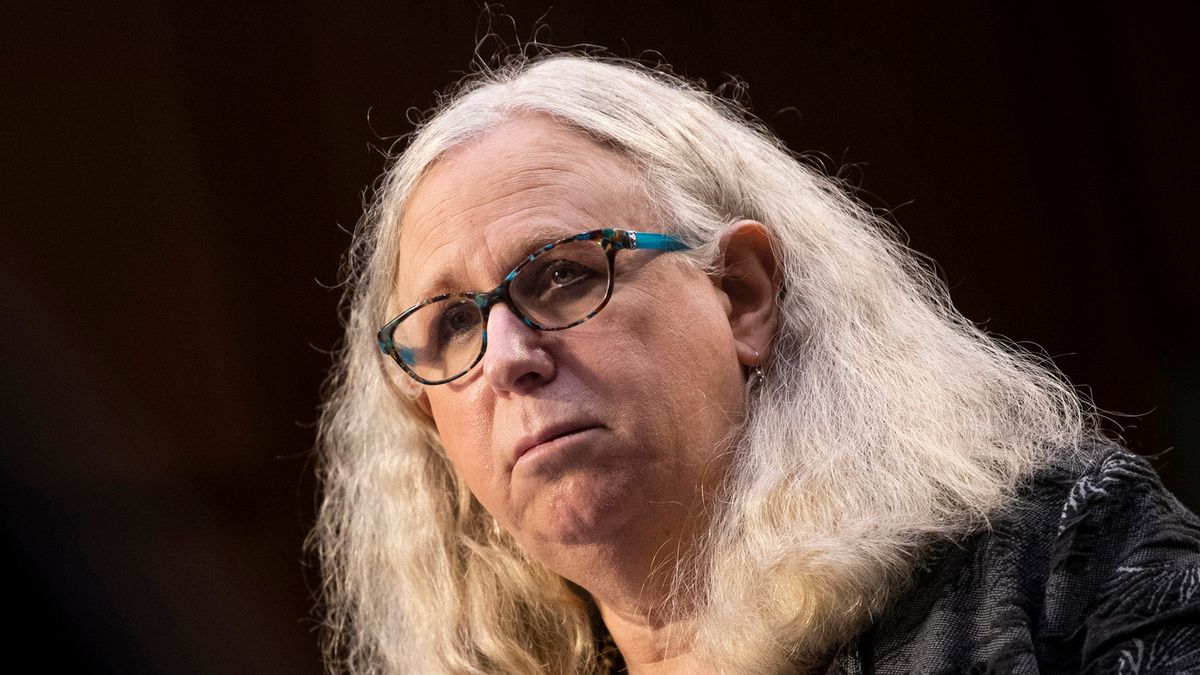 Biological sex and gender are two distinct ideas. A few years ago, this statement would have been considered very progressive and forward thinking. Today, however, it would get you cancelled. The alphabet mob would come after you with Progress Pride flags and hormones—torches and pitchforks are too cis-hetero—screaming “Trans women are women!”

The Biden administration did not get that memo, however. They seem still to be of the opinion that trans women are men, well at least when it comes to the war machine. Trans women, people who are biologically male, are still eligible to be drafted for military service. According to the Selective Service website, “US citizens or immigrants who are born male and changed their gender to female are still required to register. Individuals who are born female and changed their gender to male are not required to register.”

Democrats seem to be talking out of both sides of their mouth. In the case of women’s sports, trans women are allowed to compete against biological women. More often than not the trans women obliterate their competition as they have physical advantages having been born male.

For example, Lia Thomas, a trans woman, won a national swimming championship defeating many biological women who stood no chance against her. In an interview with ESPN, she used a very familiar phrase to legitimize her stealing of the title and her place in women’s sports. “It’s not taking away opportunities from cis women, really. Trans women are women, so it’s still a woman who is getting that scholarship or that opportunity,” Thomas said.

Thomas won that championship because she has the lung capacity of a male. The lungs of a male tend to have 10-12% more air capacity than the lungs of a female. This is basic physiological fact. When one points out these facts, or when a lawmaker pens legislation barring biological men from competing against women, they are labeled “transphobic.” The left asks us to suspend our disbelief and ignore science for the sake of a minority’s feelings while at the same time crushing the dreams of a member of the majority.

On the other hand, when it comes to being drafted and putting your life on the line in service to the government, trans women are just as expendable as biological men. When it comes to strapping on a gun and packing heavy artillery and weapons, all of a sudden physiological facts become alarmingly relevant again. As the Biden administration keeps interfering in the Russia-Ukraine war, a conflict we truly have nothing to do with, they are inching us toward an international skirmish. If, in turn, the draft were reinstated, we could have dozens of Rachel Levine lookalikes on the front lines taking bullets thanks to the Democrats’ meddling.

The current state of our government is a joke, and if you listen very carefully, you can hear Phyllis Schlafly rolling in her grave with laughter. In the 1970s Schlafly was instrumental in stopping the Equal Rights Amendment using the trope that such a law would force young women into being drafted for military service. In more recent years, before her death, Schlafly also commented on modern radical feminists and the transgender movement. “[T]he radical feminists, who staff women’s studies departments at most colleges, have propagated the idea that we have to get rid of the ‘gender binary’ along with the expectation of distinct roles for men and women,” she said in 2016.

Modern day progressive Democrats embrace and support those radical feminists, but only when it suits them. Sex and gender are conflated and the binary is erased when they see a population of potential votes for grabs. But when their game of international political chess leads to war and their lives and legacies are in jeopardy, only the strongest and fittest men will suffice to save them, no matter what hormones are coursing through their veins.

No sympathy for monkeypox