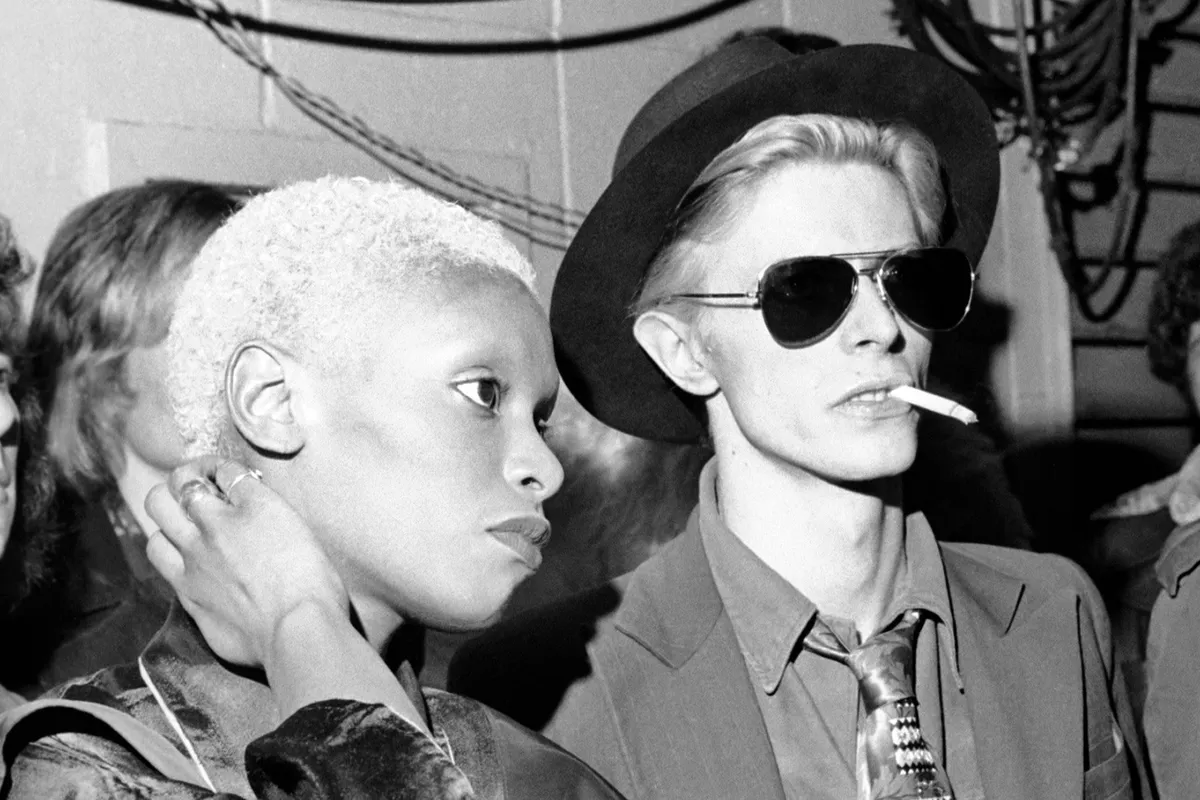 In 1976, Elton John announced he was bisexual. He wasn’t – few men have better met Homer Simpson’s requirement for “homosexuals flaming.” At the time though, even for a famous – and famously camp – musician, being gay was socially unacceptable. It was perverse, threatening, wrong, and often illegal. But being bisexual? That was just another quirk of eccentric brilliance.

Snort drugs, smash guitars, fuck both teams; the popstar/rockstar life. Whereas being gay was emasculating, bisexuality allowed for the deniability of sodomy, and could be, in a way, hyper-masculine; that a man’s libido was so capacious as impossible to be fulfilled by just one sex.

Labelling oneself ‘bisexual’ was a social and professional shield for those whose same-sex attraction was undeniable but still wanted a career and social life. Freddie Mercury used it, as did Bret Easton Ellis, and many gay women too. Whereas lesbianism was perceived as dowdy, humourless, and repressed man-hatred, bisexual women were just hot. It’s why Britney Spears kissing Madonna became such a cultural moment; bisexuality is so cool that even straight women have used it for clout.

That’s why a recent string of articles about bisexual anxiety is so confounding. It was peaked in the (usually stellar) Wellness section of the New York Times last Friday, with “Why Bisexual Adults Report Higher Rates of Mental Distress”; a small interactive that summarises the research and concepts undergirding their headline claim. As the opening line reads:

“Research has found that the stigma against bisexual people takes a significant toll on their mental health, with bisexual people reporting higher rates of depression and anxiety than their straight and gay counterparts.”

An informed reader should give such ‘research’ little attention. Often funded by disreputable gay charities out issue-shopping, such research is heavily reliant on the small samples self-reporting, which makes the empirical value either suspect or void (as shown in books like Jesse Singal’s The Quick Fix or Rina Raphael’s newly released The Gospel of Wellness).

For the sake of argument though, let’s imagine it’s true. Being true wouldn’t make the explanations they provide any more convincing. Much of the article–and linked ones like this–rests on supposed alienation of bisexuals, borne of three sources:

These all have grains of truth, but are hardly large enough to surmount bisexuality’s privileged social position, nor cause any distress in a grown, mature adult. To take them by turn:

Bisexuality is the most questioned sexuality precisely because it is the one most often claimed inauthentically, or out of confusion. The skepticism that parents, friends, or strangers may show is not biphobia, as the self-pitying claim, but rather a rational result of older homophobia, and only time can change these norms. Mature people accept this and aren’t that offended by it; just as gay people aren’t when a straight person asks whether they have a boyfriend/girlfriend. However, even when such norms change, there is reason for doubt. Young people do explore sexually–particularly young women–and however rude and imprudent it is to say “Just wait ’til you get a boyfriend,” the desire to experiment is muted by monogamy’s security and stability. The expression “my other half” speaks to the way a serious partner can help find, and change, who you truly are; and who you are isn’t the same as what you do. This brings up the facile whine about bisexuals being excluded from the ‘gay community.’

Namely, people are not their sexuality. There is no ‘gay community.’ There is nothing to be excluded from, and even if there was, bisexuality would have no part of it. Sexuality only becomes identity out of opposition; when others cannot see your humanity and individuality and instead define you by something they oppose. Bisexuality was never heavily represented within gay rights movements because it didn’t need to be. You cannot hide being trans, and the twinks looking to score outside Stonewall had a life sufficiently conspicuous as to demand advocacy; but bisexuality is a label so comparatively discreet that it’s a cover others used. This is precisely because ‘homosexuality’ and ‘heterosexuality’ describe acts, attractions, and categories for them, whereas bisexuality is a label, a category, a definition as having a plurality of tastes. You can have gay sex and straight sex, but very little sex is bisexual.

To be ‘bisexual’ is a filter setting on dating apps; to have more choice. And perhaps that’s why some of its more petulant members whine so much when others don’t want to sleep with them.

The reason the “bi anxiety” thesis is so frustrating is that, in a sense, the root of it is true. Even in the most tolerant society, those drift from straightness will always have, on average, worse mental health than their straight peers. Why? Because being attracted to the same-sex – exclusively or otherwise – is a minority position. It places you outside of the majority, and to the newly pubescent mind, which longs to be accepted or ignored, such individuation is frightening, and confusing. To recognise that you are different from others is to see that you are not quite you thought you were; and what else is the source of depression and anxiety than that? In the aggregate, teens with same-sex attraction will have more anxiety and depression; but there’s nothing to suggest these social inconveniences have much to do with it.

Perhaps most frustratingly; these articles aren’t about teens. They’re adults. And the appropriate response to grown adults bleating to the New York Times about ‘biphobia’ and their anxiety about it – how the ‘double closet’ causes them depression – is blithe, mocking dismissal, as befits all who haven’t moved on from their high-school anxieties. It is the bigotry of low expectations to say that bisexuals – or any other individual under the rainbow – don’t have to grow up like everyone else.

So, I say; stop whining, and grow up.