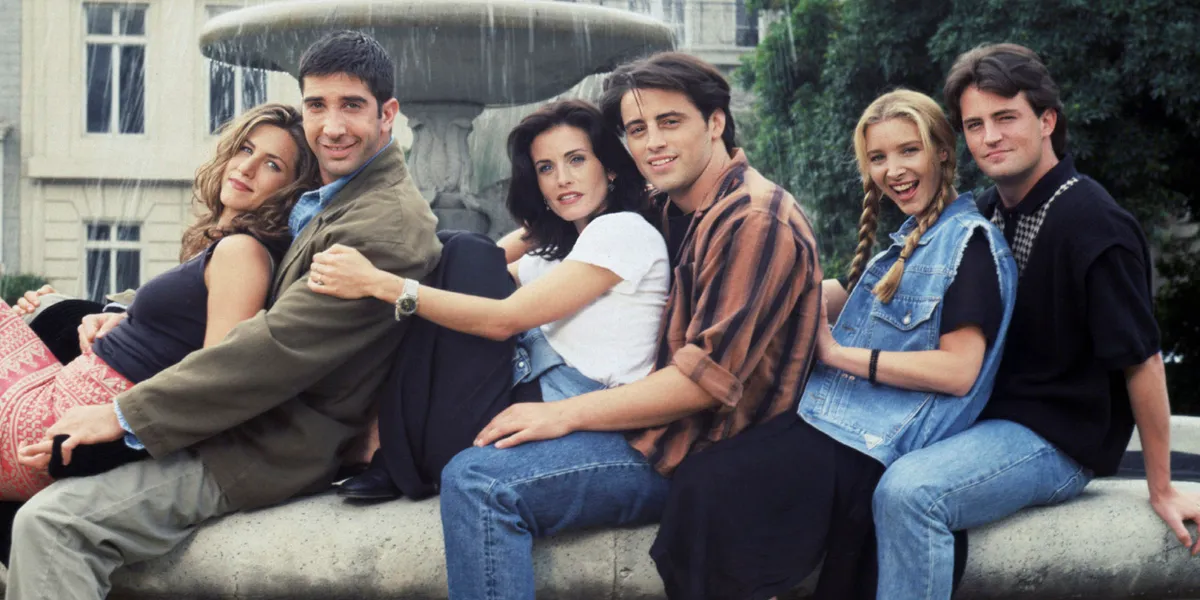 In the latest example of a glaring lack of self-awarness, CNN wants you to know that communist China has censored a lesbian storyline from beloved sitcom and capitalist cashcow Friends in a move that’s ironically rustled the journo-jimmies of at least one CNN contributor.

The latest dispatch comes from Philip Wang, who reports that China’s largest streaming platforms have cut the gay-lady bits in keeping with a 2016 policy that aims to remove “vulgar, immoral, and unhealthy content” from its media. Wang reports that in addition to canning the lesbian subplot, a line in which the character Ross declares,”[Women can have] multiple orgasms” has been changed to, “Women can have endless gossips.” (Ahem: Don’t they mean birthing persons?) The article got eyes and a follow-up by author Molly Sprayregen of LGBTQ Nation that elaborates: “… fans are angry. The hashtag, #FriendsCensored was trending on the Chinese social media platform, Weibo, and was viewed more than 54 million times before being removed by the site.”

So the queers get censored and the fans are angry — it’s time for CNN and its allies to speak up for freedom of expression now?

I’ll say it: That’s rich. It’s really just rich that an outlet such as CNN, with its talking heads who obsessively paint conservatives as sociopolitically corruptive before they demand their removal from media, has the unmitigated audacity to put in a ticket with the CCP for doing the exact same thing to LGBT media. It’s really wild to see people who work for leftist outlets — many of whom I’ve spent time with at media conventions — decrying the silencing of people. Do they truthfully find the “shut it down” card that far away from their own vest?

Tell me if you know, because for the life of me, I have no idea where they are when this happens to queer people in their own backyard. Why are they justified in canceling American LGBTs who are out here trying to make ourselves heard? Oh. Because as conservatives, they see us as bad for society, making it their moral and social obligation to cut the mic on our lived experiences — you know, like China is doing to them. It doesn’t pain me at all to say I think censorship is garbage, and I can disagree with folks on the left without cutting them out of the conversation altogether. This is, unfortunately, a sentiment that’s not usually reciprocated by my queer-left counterparts and their allies in media — especially those at CNN.

In obvious assists to censorship and cancel culture, household names at the network have repeatedly attempted to skewer those with right-leaning viewpoints as (among other things) racist and homophobic, and consistently mischaracterize those with skeptical hot-takes on our governing bodies as Nazis, klansmen, peddlers of misinformation, and the like. In its support of canceling Joe Rogan from his Spotify podcast over (among other things) his use of the n-word when quoting someone, is the network going to raise a ruckus over (or even address) the exact same offense of which President Biden is guilty? Conservatives were even bashed by CNN over the decidedly fictional use of the n-word when gay talking head Don Lemon stood by Jussie Smollett’s bizarre story involving a racially motivated attack by a Trump supporter who, in the story, used the epithet. An “ally,” Lemon even gave Smollett a heads-up toward the potential criminal investigation that was to ensue, per The Daily Wire. Would the anchor give a conservative who made up an incendiary story that involved fictional people committing a hate crime against him that type of forewarning, or would he insist on silencing the conservative accuser? If you consider that he defended Antifa even after they attacked gay conservative journalist Andy Ngo, it wouldn’t be a stretch to assume he’d keep a lid on it.

When it comes to the beloved institutions of entertainment, another realm rife with disdainful regard for those who don’t goosestep with leftist ideology, CNN runs to the defense of people on the brink of being cast out for perceived slights at the narrative  —  unless, of course, the speaker is conservative. Take, for example, breakout star of The Mandalorian, Gina Carano, whose unceremonious firing from the show followed a social media post that compared the rallying of hate for Jews in pre-Holocaust Germany with the rallying of hate for conservatives in Trump-era America. Pit openly-conservative Carano’s experience against that of Whoopi Goldberg who insisted that race had nothing to do with the extermination of six million Jews for the offense of being the “inferior race.” Carano wants American society to reflect on how we demonize people who disagree with us; the other is hawking race-baiting nonsense that attempts to rewrite history. Guess which one is back on television?

Back to you, CNN. How do you respond? In nearly predictable fashion, the outlet broadcast Don Lemon from his scandal-embroiled high-ground as he admitted Goldberg had said something stupid, but to get behind her anyway, because she’s “an ally.” Forgiveness and learning experiences are something I can get behind, but compare that to the way he treated Roseanne Barr who also said something stupid when she likened Valerie Jarrett, a senior advisor to President Obama, to “Muslim brotherhood and Planet of the Apes had a baby.” Did her apology warrant a mere two-week suspension before putting her back on her own show? No. CNN, through Lemon again, was quick to simper and coo at ABC for “doing the right thing” by firing Roseanne, after which he proceeded to link her dreadful attempt at comedy to white-supremacist violence. She really stepped in it with that tweet, but do we honestly think Roseanne, who’s Jewish, would march alongside the klan, or is this just another capricious offering upon which cancel-culture vultures can descend?

When it comes to cancelation and censorship for the supposed “benefit to society,” how can we trust that certain viewpoints and information are actually detrimental and not just uncomfortable, and more importantly: Who’s deciding? In their infinite wisdom, would they find CNN, with its incessant ability to dispatch material that’s not only biased but often woefully bereft of context until it’s called out, guilty of pushing vulgar, immoral, and unhealthy content?

It almost feels that Wang is critical when he writes, “the censorship is a result of the Chinese government tightening its control of media and entertainment.” Given the LGBT angle, one would assume the author means it’s a shame; given the outlet, however, it’s potentially CNN’s highest praise.