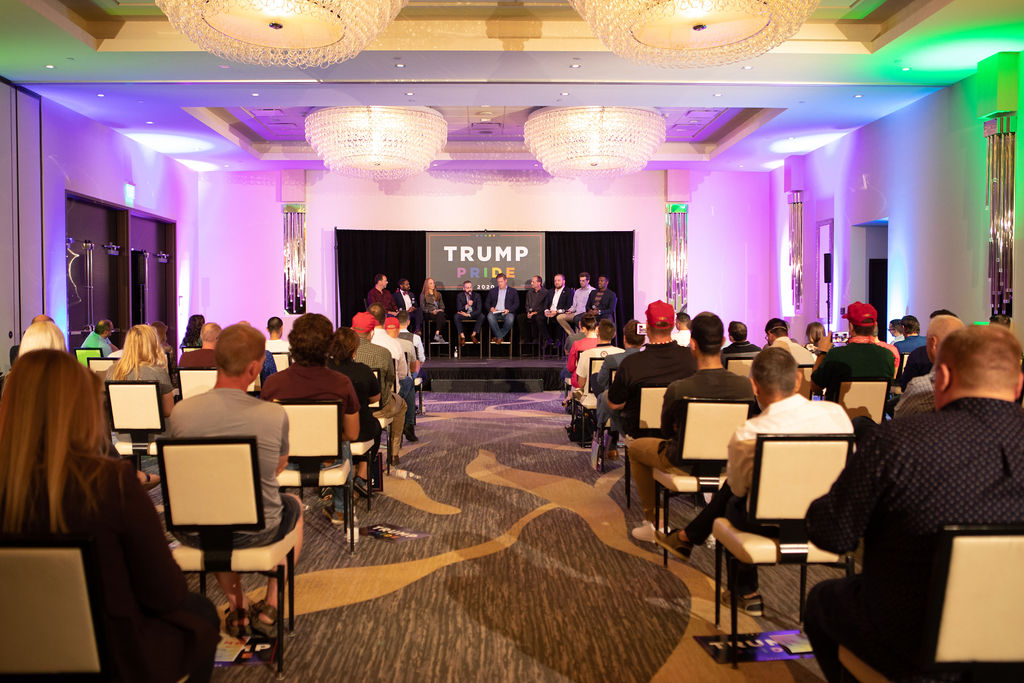 Charles Moran, managing director for Log Cabin Republicans and Trump Pride co-chair, and Chadwick Moore, editor-in-chief of OUTspoken, moderated the panel discussion at the Kimpton Hotel in downtown Phoenix to an at-capacity crowd of mostly-LGBT Republicans and Trump-supporters.

Moran discussed boots-on-the-ground activism, encouraging attendees to get off their keyboards and start knocking on doors. Smith reflected on the challenges of being both black and gay and a conservative while Moore, a former editor-at-large for gay publications Out and The Advocate, spoke of media corruption and LGBT identity. Local business leaders discussed the Trump administration’s COVID-19 relief effort and the Trump economy.

On Tuesday in Philadelphia, nearly 100 people turned up to hear Richard Grenell, the Trump administration’s former Acting Director of National Intelligence, speak alongside Lara Trump, the president’s daughter-in-law at a Trump Pride event there. In Tampa on Saturday, to a crowd of nearly 200 people at the Westshore Grand Hotel, the president’s daughter Tiffany Trump hosted the event alongside Grenell and speakers David Leatherwood and Rob Smith.

All photos by Danielle Applebach Photography